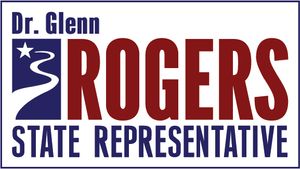 Our ranching business is focused on beef heifer development and reproduction. As a veterinarian, one of my favorite jobs is early pregnancy diagnosis using ultrasound.

The most amazing thing to see is the heartbeat of an unborn calf and witness the beauty of God’s creation. As I view the monitor on a steady stream of bovine females traversing the chute, sometimes cowboys and cowgirls take a quick break to gather around to witness this “beating heart” miracle.

While the viewing of a calf heartbeat is awesome, how much more incredible is the heartbeat of an unborn child.

Like many of the mothers and fathers I represent, I remember holding each of my children, for the first time – and viewing the first sonogram. It is a feeling of joy and pride that cannot be described. An unborn child is the purest form of life there is and being "pro-life" means defending this precious life in any way possible.

This session, the Texas Legislature passed, and I co-authored, Senate Bill 8, also known as the “Texas Heartbeat Act.” This legislation protects unborn babies from abortion once a fetal heartbeat is detected (generally six weeks into the pregnancy) and provides civil penalties of $10,000 as a consequence for violating this law.

While SB 8 has received the bulk of both praise and criticism in the political arena, not much has been mentioned of the other "pro-life" victories that were authored to protect not just unborn Texans but their mothers, fathers, and families. I have found many people mistake being "pro-life" for just being "pro-birth." That line of thinking undercuts the overall progress the State of Texas has made in improving life before and after birth.

During the 87th Legislative Regular Session, the Texas House of Representatives passed House Bill 133, which extended the benefits of Medicaid and the Healthy Texas Women program from two months to a year for mothers who have just delivered a child. As the bill made its way through the Texas Senate, the extended benefits were lowered to six months. While that may seem like a step backward, the six-month extension still makes Texas one of only a handful of states offering postpartum coverage past the two-month window. This legislation will help curb maternal mortality rates in the State of Texas and provide women with safe healthcare options during and after pregnancy.

Sometimes motherhood can come sooner than expected. A recent federal study suggested over three million pregnancies annually in the United States are unplanned. For some women, motherhood is not an option. Pregnancy, especially an unplanned pregnancy, can be terrifying. When faced with this overwhelming situation, it can be challenging for some to understand why women should not look to abort. Taking the life of an innocent child can never be the answer. Being pro-life is about finding ways to save the life of the unborn, protecting the health of the mother, and improving the quality of life for newborn babies.

While the State of Texas prides itself in maintaining a conservative budget with minimal spending, this year's budget has seen massive successes in funding for maternal, pro-life care to help women in all situations during their pregnancy. The legislature allocated $100 million annually to the Alternatives to Abortion program. Since 2006, the Alternatives to Abortion program has been critical to helping women across the state receive access to essential services, such as maternal healthcare, parenting classes, and financial aid during pregnancy for up to three years after the child's birth. Under the current estimate, the Alternatives to Abortion program helps over 150,000 Texas women every year, regardless of the circumstances, by providing the tools necessary to raise their children.

Visit www.texaspregnancy.org to find providers in your area.

When I sought public office, I stated I was unapologetically pro-life, which also means I am unapologetically pro-quality-of-life. As a result of the Texas Heartbeat Act, the number of abortions performed in Texas abortion facilities has declined significantly. I am proud to say that thanks to the work the legislature accomplished this session, mother and baby will not be abandoned but will be supported by the state once the babies are born. I am even more proud of the other pro-life measures that were signed into law and were largely overlooked by the mainstream media. I will continue to fight for these issues every day I am allowed to serve — I am proud to fight for life.